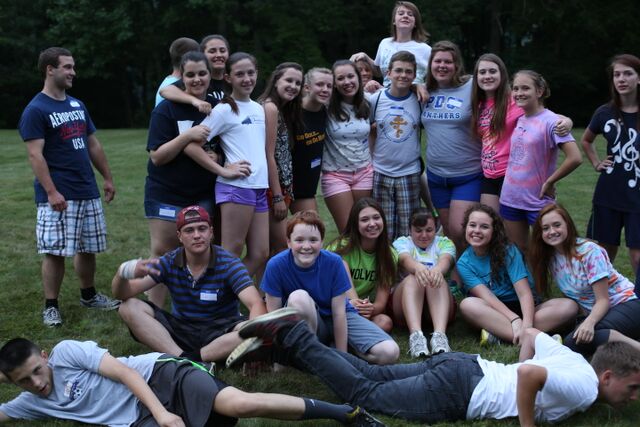 Orthodox Christian Camps in the United States and Canada

Ascension Cathedral Camp is at the beautiful YMCA Camp Ravencliff in Redway, CA.

Our Greek Village is a camp which exposes Greek Village Campers to a different geographic region of Greece every year and by teaching them the local history, dances, music, arts, myths, geography, cooking and much more.

Saint Sophia Camp is located on 66 acres in the San Bernardino Forest in southern California.

Camp Saint Christopher is a one-week overnight summer camp for youth (ages 8-18) from the Florida parishes of the Orthodox Church in America.

Camp St Mary of Egypt is sponsored by the parishes of the NW Deanery of the Antiochian Orthodox Christian Archdiocese at Ross Point Baptist Camp in Post Falls, ID.

Saint John’s Camp, is located in Mitchell, IN and currently operates three camps/retreats throughout the year.

St. Nicholas Summer Camp is the summer camping program for the southern areas of the Greek Orthodox Metropolis of Detroit. It is located in Leitchfield, KY.

Camp Emmanuel offers participants an opportunity to retreat away from everyday life and to gain experience in a nurturing Orthodox Christian community. utilizes the Manzano Mountain Retreat facility in Torreon, New Mexico, outside of Albuquerque.

Saint Timothy Summer Camp is is an Orthodox Christian Summer Camp in the Upstate NY District of the Greek Orthodox Metropolis of Detroit. It is hosted at the Oswegatchie Educational Center in the western forest of the Adirondack Park.

Camp St. Raphael hosts campers for three one-week sessions each year and is located on Lake Ft. Gibson outside of Wagoner, OK,

Camp Transfiguration is the official camp for the Diocese of Ottawa, Eastern Canada and Upstate New York located in Quebec, Canada.

All Saints Camp is the official camp for the Ukrainian Orthodox Church in the USA, located in Emlenton, PA. There are programs for children and teens of all ages

Antiochian Village in Bolivar, PA and is the headquarters for the Antiochian Orthodox Christian Archdiocese camping ministries

Camp Nazareth is the official Youth Camp, Retreat and Conference Center for the American Carpatho-Russian Orthodox Diocese of the U.S.A., located, in Mercer, PA.

St. Sava- Shadeland Camp is located at a scenic rural location in Crawford County, Pennsylvania near the border of Erie County.

Saint Tikhon’s Summer Camp,is a one-week sleep-away camp program for Orthodox Christian children between the ages of 7 and 17 located in South Canaan, PA

Saint Stephen Summer Camp is the located at the Diakonia Retreat Center in Salem, SC.

Camp Fanari is a ministry of the Greek Orthodox Metropolis of Chicago, and is set in the wonderful setting of our very own St. Iakovos Retreat Center in Kansasville, WI.

O Lord Jesus Christ our God, who condescended to enter under the roof of Zacchaeus the Publican, thus becoming salvation to him and his whole household: As the same Lord, by means of our unworthy prayers, look with mercy and beneficence upon our Orthodox encampments. As our Lord and Master, enlighten our directors, counselors, and staff to the doing of Your holy Will, so that they might always worthily direct those entrusted to their care, to grow in wisdom and grace before Your majesty. May Your presence be felt in the midst of our encampments, thus, in Your mercy, preserving them from the snares of the evil one and abundantly providing opportunity that all participants profit by Your blessing. For You are our God, and to You do we ascribe glory: to the Father, and to the Son, and to the Holy Spirit, now and ever and unto ages of ages. Amen.